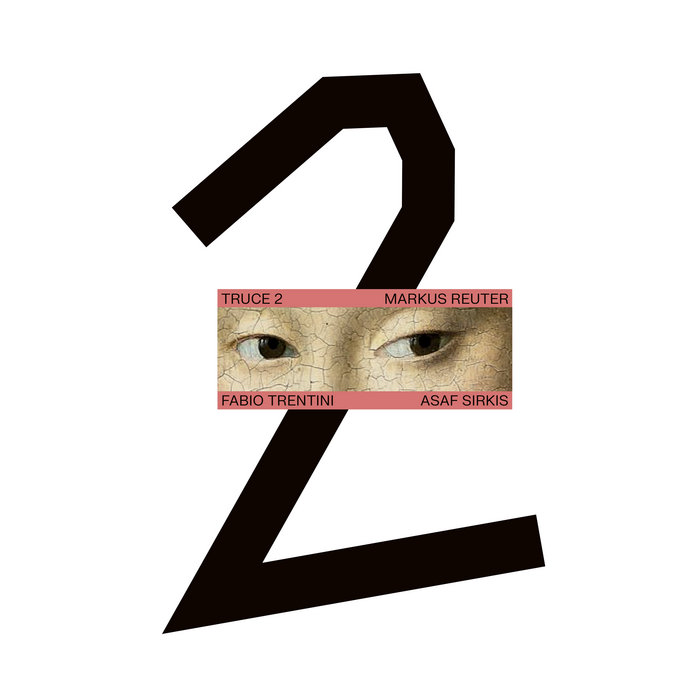 TRUCE 2 is the 120th release on MoonJune Records, the first release in 2022. A very special album for the NYC-based independent label, and this is what 5 protagonists of the realization of this album are saying about it:

A bit over 2 years ago, the first TRUCE album came to us as a big surprise. Upon its release it was an instant success and fan favorite. That was another, most-welcome surprise. Now, two years later, we are about to put out the follow up album, TRUCE 2.

The time between these 2 recording session is where things got interesting. No need to explain about the practical impact the pandemic had on us. Cancelled concerts, cancelled recordings sessions, etc. Things had turned out quite differently from what we had in mind for the band.

But anyway, as we were playing the first few takes in the studio in July 2021, we quickly realized that playing like on the first album just didn’t work. This was suddenly a new band that was like a stranger to us. Yes, we’re the same people, but it felt like there were new souls in our bodies. The self-reflection and the emotional rollercoaster had left an imprint in our souls, and it is reflected in the music for me. There simply was a different story to tell this time… And we had to discover that story as we went along.

Fortunately I can totally rely on my allies, and it didn’t take long to find renewed energy and interconnectedness that made us create a wonderful set of instant composition that excites us. It’s a reminder of the power of music.

Fabio Trentini plays basses, Asaf Sirkis plays the drums, and I play Touch Guitar and electronics. The setup was similar to the first album’s recording, but this time Fabio had 3 basses with him: The Wal fretless bass that he had use with us before, but also a fretted 5-string bass, and an electric upright bass. We were recording at Ritmo&Blu studios in the north of Italy, with engineer and co-producer Stefano Castagna, who became very important in the post-production process. And then there was Leonardo Pavkovic, who inspired us with his proverbial enthusiasm, encouragement, optimism and smiles.

The album was recorded over 2 days, with a third day that was reserved for 'overdubs and repairs'. Fabio and I then met once again with Stefano a few weeks later, to mix and master the album in just a few days. A major change for us, considering that the previous TRUCE album was recorded in one afternoon with virtually no overdubs.

As a musician and as a music producer, I’ve always been the kind of guy who needs to have the whole situation under control. I never considered myself a good improviser at all. TRUCE taught me the art of letting myself fall, trusting my bandmates and trying to come up with something interesting in real time, without planning things. To me, it means an important enrichment musically speaking, but most importantly I see it as sort of therapy and a spiritual experience. The first album came into being all at once, the recording session took less than a day, and we were able to come up with some very energetic and pretty wild material. TRUCE 2, even if it’s based on improvisations just like the previous album, is a layered work. We invested more time into some overdubs and treatments, and managed to channel more colours and ideas into the record.

Playing with the TRUCE trio has always been an ‘in the flow’ musical experience for me. As a drummer, I’ve enjoyed a certain freedom of expression unlike any other band I’ve played in! I believe that, to a large degree, this is due to the trio’s sympathetic way of playing together as well as each of the musician's serious dedication and honest and organic contribution to the music. Compared to our first album, TRUCE 2 has been a journey of discovery. How can we go to places we haven’t been before? Is the question that was often raised while we where recording this album. That exploration has been been both intense and rewarding and I hope you'll enjoy this musical journey with us.

I was flattered by the request of the band and their label to intervene in the post-production, mixing and mastering of their second album which was recorded in my studio, and I immediately thought that the best thing to do could be to press the accelerator, which, in some respects, connects me to a period in which rock merged with the concepts of improvisation without necessarily falling into the formalities of jazz.

From a technical point of view, all recordings were made digitally in the 24/96 format. For post production and mixing, the computer and some digital solutions were used for those indispensable aspects, but in essence the work was mainly carried out in an analog environment using physical hardware. I have always believed that music has more expressive possibilities when the mixing follows certain criteria of greater involvement of human action. Often the mixes were "performed" in real time and without automation, trying to keep the philosophy of improvisation unchanged, in my opinion the strong point of all this work.

When I suggested to Markus Reuter to record a power trio album in which he can be the protagonist and ferocious soloist, he immediately accepted the challenge and he couldn’t say no to my suggestion to count on our mutually favorite drummers, Asaf Sirkis. Markus ’choice for the bass position was reserved for his old pal and collaborator for over 2 decades, Fabio Trentini. I love the ideas of power trios. Cream, Jimi Hendrix Experience, ELP, Rush, The Police, King’s X, Stick Men are some of the greatest and favorite rock trios. MoonJune Records has different trio set ups on its label roster, some of them including Markus Reuter (‘Lighthouse’ with Mark Wingfield and Asaf Sirkis; and ’ShapeShifters’ with Tim Motzer and Kenny Grohowski). Markus Reuter and Asaf Sirkis are two omnipresent ‘moonjunistas’, two artists who released more albums on their own or in various projects than anyone else. I truly believe that all three of us have grown together: my label has grown thanks to them, releasing some outstanding music which feature their immense multi-dimensional and genre-crossing talent, and they both grown musically, embracing new challenges and conquering new sonic dimensions with exemplary new and innovative music. Easily, two of my all time favorite musicians and dear friends and companions on various tours and recording sessions around the globe. producer and bass maestro from the Italian Dolomite Alps, Fabio Trentini, is a newcomer in the 'moonjunista' world, and I am sure there will be new opportunities to make some more great music together in the near future, whenever and wherever that future is.

Produced by Stefano Castagna and TRUCE