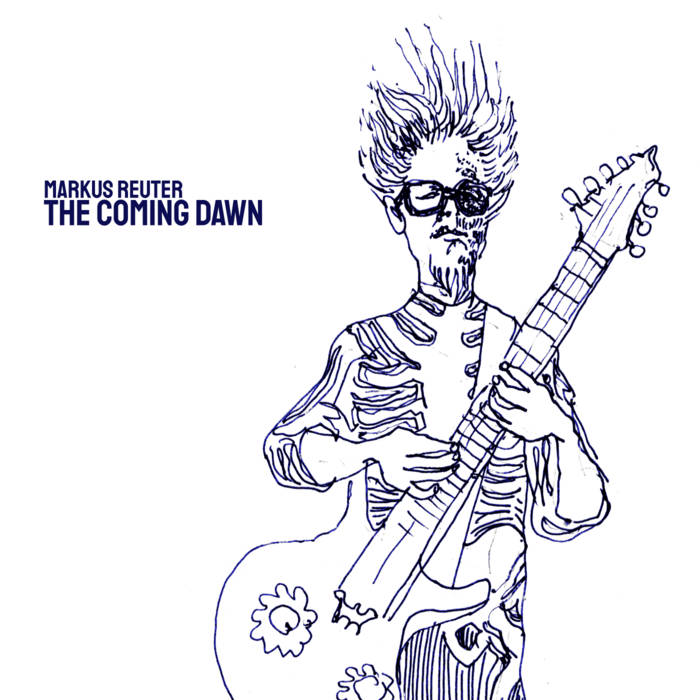 Nick Bradey Great release from Markus-these releases are invaluable. Markus has taken this format
of improvisation many stages further than Robert Fripp - but without Fripp perhaps the development of this style of effectively minisoundscapes would not have emerged for several years longer . Favorite track: Albany 2022.

Recorded during the Stick Men US tour of spring 2022, ‘The Coming Dawn’ is the latest in the series of solo concert soundscape recordings from touch guitarist Markus Reuter.

In common with previous releases, ‘The Coming Dawn’ features the heady onstage haze of Markus’ searing and distorted fuzz melodics being layered in with multiple processed live instrumental passes, foreboding drone-work and grand, pseudo-orchestral electronic loop textures. In contrast with previous releases, there are stronger (and probably subconscious) elements of both folk music and heavy metal, with perhaps a similar subconscious nod to noise classics such as Lou Reed’s ‘Metal Machine Music’ as well as more considered references to the classical density and colouration of Ligeti and Messiaen. In some respects, it’s the most American of Markus’ soundscape compilations to date - perhaps reflecting strands of the assertive American musical culture and political ferment through which Stick Men were passing that season.

Markus:
“These tunes were opening the shows, and also functioned as walk-on music for Pat and Tony. More specifically these are intros for the track ‘Prog Noir’. That's why (even though they are intended to be stand-alone pieces rather than a fully conceived album) they are very similar, mostly being based on an Eb drone with an exotic scale played on top, referring to ‘Prog Noir’. I always started from that one first Eb note and then went for it, not really knowing what I was going to play within those parameters. A little like pieces played using the rules of a North Indian classical raga, the moods turned out to be the same, because of the common root note and scale, and the melodic inflections used.

“I used a lot of tone colour as well. Harmonically rich drones are rare - timbral and harmonic darkness together are only “allowed” in New Music, whereas “harmonically rich beyond diatonic sounds” is the last remaining taboo in popular music. In my own music I’ve tried to challenge that particular either/or mindset for a long time now, and these pieces are a particularly strong example of having it both ways, for an audience which might not be used to hearing such things but whom, in my opinion, can and should hear them.

“In spite of that, I originally intended these pieces to sound lighter than they turned out. Listening back, there is a lot of unintended intensity via the melodic lines that, funnily enough, does not represent how I felt creating them. There was always a sense of self-consciousness involved - being watched and judged - and thus some shyness.

“The Asheville and New York recordings have a different vibe. I think those are different because there were people there that I wanted to play something more consonant for. Also, New York was the last show of the tour, so I wanted to do something different for the end. There was the additional factor that I was very sick for the last five shows of the tour, since the touring party was hit by flu. I was on Tylenol in order to be able to play those shows, which featured the music from the last three tracks presented here.

“The title of this collection, ‘Coming Dawn’ is partly wordplay - i.e. "coming down", as well as "coming", referencing the orgiastic element in the music. And "Dawn" as in "progress", forward movement.”

‘The Coming Dawn’ is free for Markus Reuter’s Bandcamp VIP subscribers, and will also be available for purchase from the Stick Men Bandcamp account.

All music written and performed by Markus Reuter