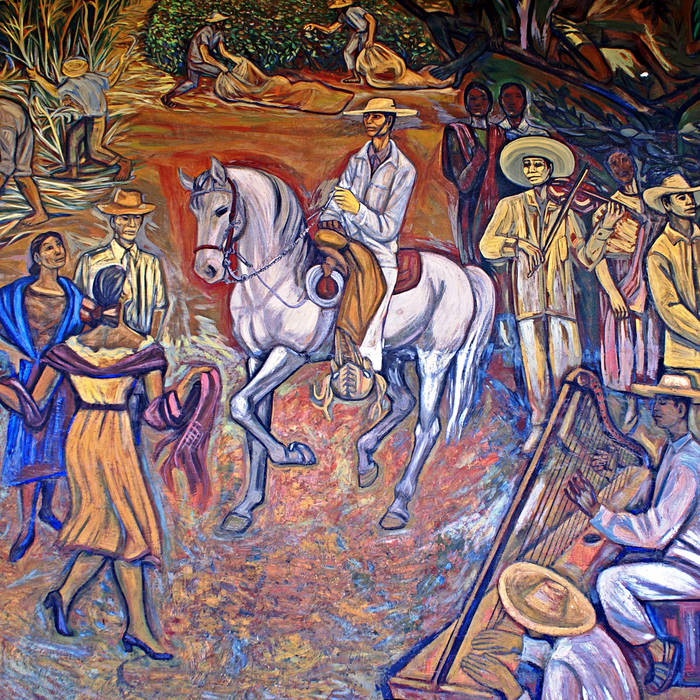 Presented here mixed down to stereo, and in slightly edited form, that is with shortened intros. "Black Sky" was orginally played as one long continuous piece, but was split into two parts for this release.

An 8-channel playback system was used for the concert, and the pieces were conceived more as "sound sculptures" than traditional concert pieces.

Mixed and mastered by Markus Reuter using a Moon by Simaudio Neo 230HAD headphone amp/DAC.

The cover artwork is a fragment of the mural "Gente y paisaje de Michoacán" by Alfredo Zalce.

Thanks to CMMAS (www.cmmas.org) for the invitation to play in Morelia. In particular I would like to thank these wonderful people: Sebastian Torrella Reinoso, Paulina López Salazar, Silvia de la Cueva plus all the rest of the CMMAS team.

Very special thanks to my friends Carlos Cortés, Daniel Rosas, and Sergio Osvaldo Camacho for their assistance and for keeping me company, and George Bley for everything else.