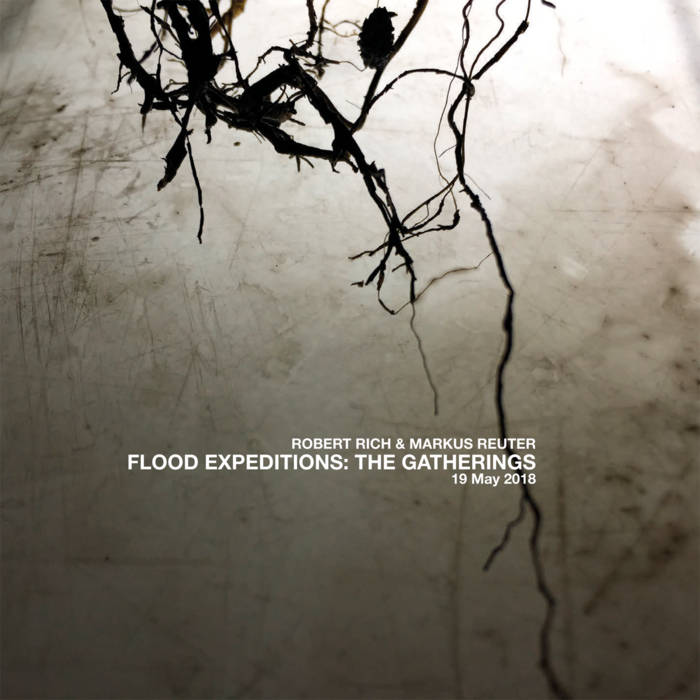 Philly has always been very special to us; we've had such positive experiences with various performances here, and Chuck van Zyl has been an ardent supporter of both Robert and Markus for years, so it was only fitting that the final performance of our "Flood Expeditions" Tour be "The Gatherings Concert Series" right here in Philadelphia!

The spacious backdrop of St. Mary's Hamilton Village was the canvas for tonight's innovative journey, this 19th century neo-gothic church being the perfect catalyst for such sonic explorations.

An inspired opening set by friend and local guitarist/composer Tim Motzer set the atmospheric tone for what was to come. Robert (on grand piano) & Markus (on U8 Touch Guitar) provided the capacity crowd with two stunning sets of sensory voyage and discovery; the synchronicity between the two further extends the expedition undertaken with their 2017 collaborative album release, "Lift A Feather to the Flood".

Such a great showing from our Philly friends, much love to everyone who came out tonight! A big thank you to Chuck (our host) and the crew of "The Gatherings Concert Series" (Mike Hunter, Jeff Towne, Neil, Joe Scott) for making it all happen!

People pray in a church. On 19 May 2018 Robert Rich & Markus Reuter played in a church, and did something that was truly new. Their program for The Gatherings Concert Series merged the aesthetics of Classical Music with the profanity of improvisation; as this duo did not just acknowledge the mystery of existence, they celebrated it. Their album Flood Expeditions: The Gatherings 19 May 2018 presents the full concert - where Rich performed at the grand piano and Reuter with his Touch Guitar and digital processing before a rapt Philadelphia audience. Some audiences sing along, or clap, while others may drink, dance, sway or bob. Symphony attendees read the conductor's notes. At The Gatherings we listen, which provided Rich & Reuter with an opening to delve deeper into a new set of explorations - of a magic they had first encountered in the making of their 2017 studio album Lift a Feather to the Flood. These guys know all the notes, chords, scales, majors and minors. Yet the works found on Flood Expeditions are about the subtle power of sound - not for decorating the live space, but for a glimpse into something spiritual. With its ever-fading atmospheric tones and digital haze their realizations may seem a formless vacuum, yet everything is balanced by optimism. Rich's piano notes resound through reverberation, surrounded by surreal fluttering environmental textures. Whether playing the keys seated, or reaching into the piano to pluck, scrape and strum its inner workings, he seems to produce emanations from a lifetime of receiving and expressing wonder. Reuter waits deep in the soundscape to find many electric moments. His guitar first breathes lowly, then asserts a color of succinct distortion in heated lead lines, expanding soon into ethereal consonance. Using a uniquely routed echo, he even manages to wedge in a conversation with himself. Rather than root the audience to where they sit, together Rich & Reuter transport us to an immaterial realm - where an internal guidance awakens. This music represents something outside of ourselves, upon which we project our thoughts and contemplations. There are no instructions for listening to Flood Expeditions, there is only the sensation of hearing. As we endeavored to hear their message in the darkened sanctuary this performance reminded us of the nature of possibility - of what we can become. But Robert Rich & Markus Reuter cannot play us into the answers, we must live into them ourselves.
- Chuck van Zyl/STAR'S END   12 July 2017