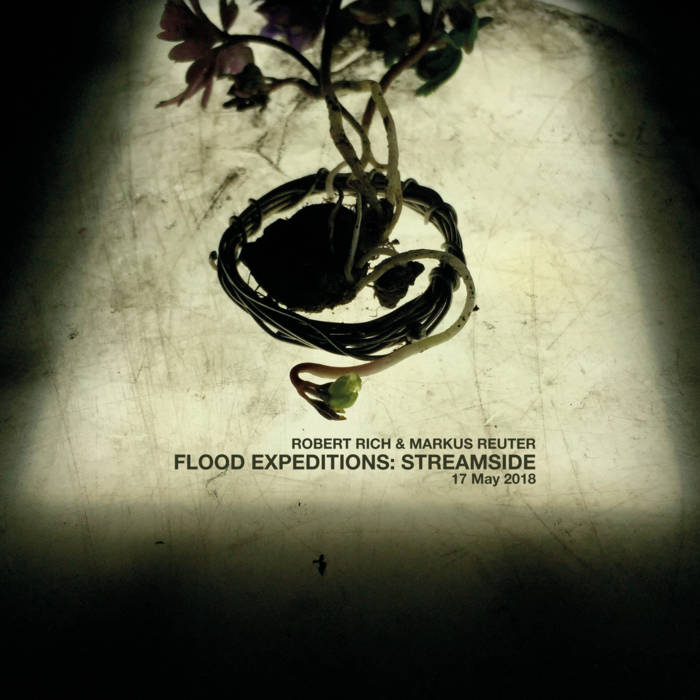 (16 May) Still ecstatic from last night's successful Farmington CT show, we left for the long road trip to Asheville NC, where tomorrow night we'll play Streamside Concerts; this is a beautiful venue with a great vibe and outstanding hosts - we're very much looking forward to going back! (Markus and I have been to Streamside before for centrozoon's 2016 20th Anniversary Tour, and Robert, also a "Streamside alumnus", currently holds the distinction of Streamside's quickest sell-out). We'll split the drive across two days, spending the night in Staunton VA (roughly the half-way point) before continuing on the next day.

(17 May) North of Asheville we pulled in to Moe's Original for some tasty barbecue for lunch (because when you're in the area, you just have to!).

Once at Streamside we lost no time loading in, setting up, and sound checking...then off for some great dinner & drink, courtesy of our gracious hosts, Sally & Lora!

Many friends in attendance tonight for another inspired performance by Robert & Markus! However, as our tour moniker ("Flood Expeditions") would suggest, the weather once again played a role in tonight's performance...nothing jolts an ambient musical passage quite like the cacophony of cell phone emergency flood alerts screeching in unison! If you listen for it, you can hear it, picked up by Robert's piano mics.

So, lets recap: our first show was plagued by tornadoes, and our second show (tonight) plagued by flood; I wonder if things would have been different had we named our tour the "Sunny Tropical Beach" Tour ;-)

(18 May) After a lovely breakfast with our hosts, we started our 10+ hour marathon drive through torrential rain back to NJ (thanks for handling some of the driving, Robert!); tomorrow night we'll be playing The Gatherings Concert Series in Philly...where now, keeping with the theme, I'm anticipating a plague of frogs and locusts ;-)

Once again, many, many thanks to our hosts Sally Sparks and Lora Tannenholz - as I've said before, your hospitality truly is legendary! :-)