← more from
Ronin Rhythm Records
Get fresh music recommendations delivered to your inbox every Friday.
We've updated our Terms of Use. You can review the changes here. 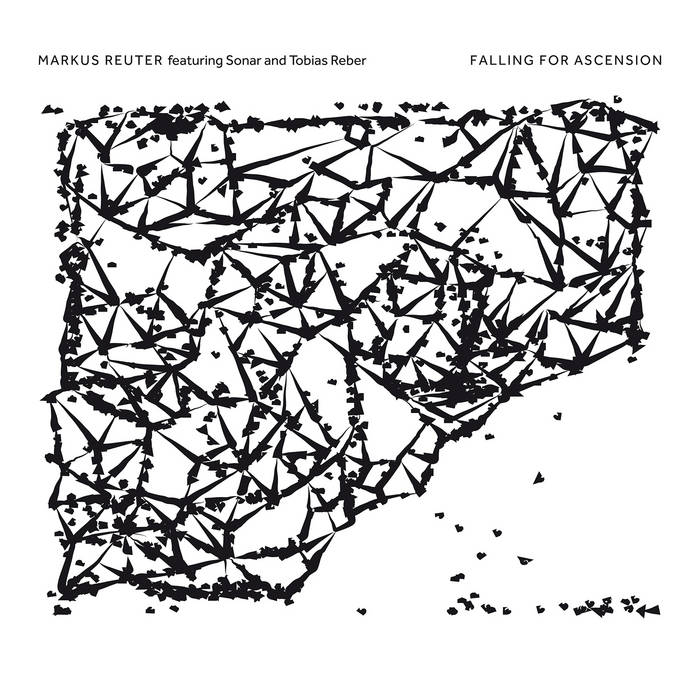 John Cratchley An inspirational collaboration, and not one you would instantly imagine working...Sonar are such a tight and disciplined unit it's difficult to think where Reuter and Rebus might find adequate space...mysteriously, it all just works out fine!

Falling For Ascension is the latest album from Germany-based composer and Touch Guitarist, Markus Reuter.

Since the late 1990s Markus Reuter has steadily made a name for himself as a formidable player, a gifted improviser and a a composer for both rock and classical music ensembles. As one third of Stick Men, since 2010 Reuter has toured extensively across Europe, Asia, Australia, and in North and South America alongside with King Crimson’s Tony Levin and Pat Mastelotto. In 2013 his large-scale composition for orchestra, Todmorden 513 received its world premiere performed by the Colorado Chamber Orchestra.

Reuter leads this acclaimed ensemble through a series of compositions that are amongst his earliest, having all been written between 1985 and 1987. “For me the striking thing about this album is that the themes and melodies and rhythms that you’re hearing were written when I was 14 years old,” explains Reuter. “I had these little motifs set aside for such a long time and I never knew what to do with them.”

When the opportunity arose to work with SONAR in 2014 these pieces seemed the perfect fit. “I rediscovered the beauty and power in them and also a kind of timelessness in them. It doesn’t matter that I wrote them when I was 14. I would still write the same thing now. Falling For Ascension has this openness to it which is a new discovery for me. It’s interesting that I’m discovering this on very old material,” Reuter explains.

Perhaps sharing similar strands of the kind of polymetrical DNA that informed the interweaving knot-work of King Crimson’s Discipline, the pointillist components with Reuter’s pieces, interacting across the group, resembles a series of interlocking constellations whose orbits and traversals connect to create new variations and associations. Hypnotic and beguiling, the music comes with a guttural punch that’s felt as much as heard.

Recorded in just one day under Reuter’s direction, the pieces were prepared as modules, most of which contain a 12-tone row and assigned to an individual player. “They had the freedom to decide when to move to the next stage within the module, independent of each other,” says Reuter. Within each module a finite number of choices are available. “The choice is limited to the ‘when’, not the ‘what’. There’s a specific thing asked of you but you can decide when to move to the next element in the series.”

The music offers deep explorations between tension and release, between the gravitational pull of grooves and floating freefall in space. There’s contrast between stillness and grace next to the ever-changing motion.

Falling For Ascension appears on Ronin Rhythm Records, the label owned by internationally renowned zen-groove pioneer, pianist, Nik Bärtsch. Working with Reuter is something he’s been looking forward to and perhaps inevitable given the overlapping nature of their respective work.

Of this release Bärtsch comments, “We can hear a sensual performance of the high art of abstract creative thinking played by a real working band like SONAR and by Tobias Reber, a close companion of Markus, and a mastermind himself,” says the ECM recording artist, adding ”What we hear is a mystic materialisation of a visionary abstract mind that can dance.”

Across the 70-minute album these pieces possess the same metronomic intensity of groups such as Can in full-flight, in which intense, pulsating grooves are strafed by Reuter’s smouldering solos or wreathed in luminous clouds of soundscapes. Without recourse to showy grandstanding, his playing possesses a remarkable, unerring accuracy when it comes to finding the emotional heart of this music. Much like the sparse acuity of a haiku poem, when he plays Reuter understands that less is so often very much more.

The hypnotic quality dominating many of the pieces opens the possibility of trance states, of surrender, of losing yourself in the maze of interconnecting corridors and spaces. That’s as it should be Reuter is careful to leave room for listeners to be able to fill in the both rhythmic and harmonic spaces for themselves. “As you listen you kind of get drawn into it but what is actually happening is that you draw the music into yourself.”

“Reuter is not easily equated with another artist and is firmly in possession of his own sound.”
Futuresequence

“Reuter's conception and realization is brilliant...This is a triumph. More than that it is brilliant, a breakthrough in form and sound.”
Gapplegate Classical-Modern Review

Written and directed by Markus Reuter
The themes for this piece were written between 1985 and 1987.