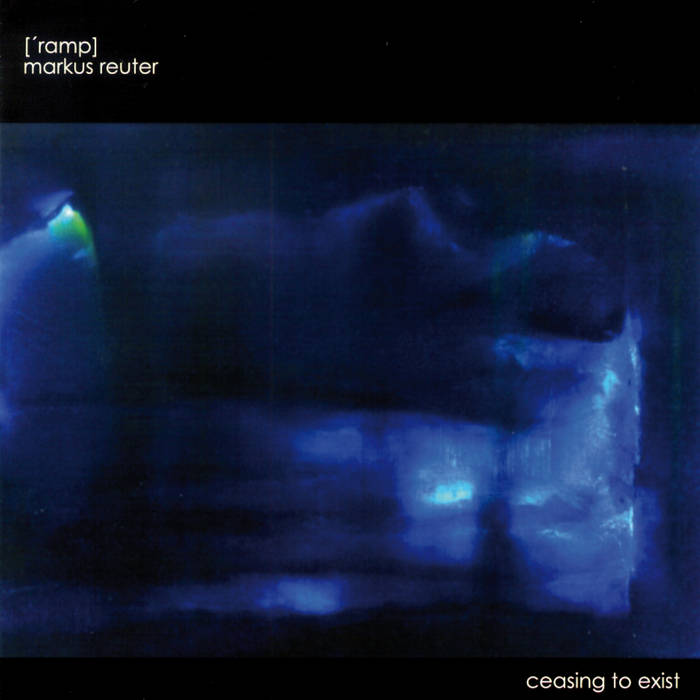 Tomoki Shimizu I love this kind of dark and reflective atmosphere.

"ceasing to exist" is the latest album by [´ramp]. this time it´s not a recording of the duo parsick/makowski but a collaborative effort which was recorded together with experimental guitar player markus reuter. markus gained a lot of reputation by not only collaborating with ian boddy on several joint albums on ian´s own din label but also by being a member of centrozoon, europa string choir, tuner, and of various other groups which venture deep into the realm of progressive music. markus helped [´ramp] greatly to push the envelope and create the most progressive and least traditional album of the band´s career thus far.

"ceasing to exist" is an entirely ambient affair which was based around touch guitar improvisations markus submitted to [´ramp] for further treatments. the material recorded during one long session was then processed and produced further separately by stephen parsick, markus reuter, and frank makowski resulting in a final batch of dronescapes that was grouped and arranged by markus reuter. unfortunately, the first-generation master was technically flawed and had to be redone completely. hence it took so long until the group came up with the final result.

most listeners may feel a little cautious about buying an ambient album from [´ramp] because, alas, a lot of ambient music is very one-dimensional and – put frankly – reduced to boring "fridge drones" only. [´ramp] and markus reuter tried to come up with enough interesting timbres, textures, structures, and elements to keep the listener riveted over the full length of the album. markus´ beautiful contribution of divine frequencies from his touch guitar add a lot of spice to [´ramp]´s deeply ambient sound currents. the beautiful cover painting deserves to be mentioned in particular as it was created by bernhard woestheinrich, markus´ creative partner in centrozoon."

Committed to tape by ['ramp] at xcenter, Marl in November 2000.
Timbral events based around touch guitar improvisations by Markus Reuter, recorded at studioflokati.
Reverbs, delays and line levels adjusted by Stephen Parsick at the dark room, Herne and Zwischenraum, Werther.