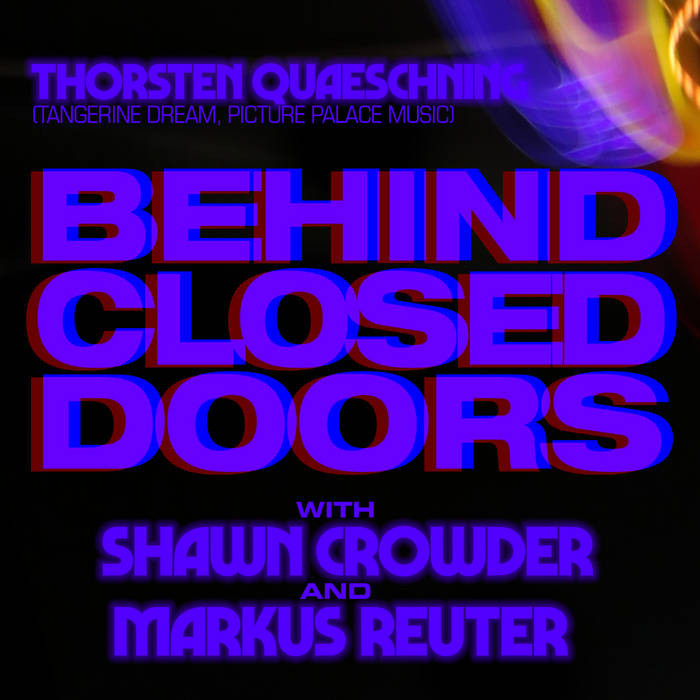 Carsten Pieper It's hard to keep up with the huge Markus Reuter output, might it be solo or the diverse collaborations/projects that he contributes to. I assume all of his releases have a lot to offer but they aren't always easy listening, so working through his œuvre, when done appropriately, shouldn't be rushed. Anyways, these BCD sessions with Tangerine Dream heritage caretaker Thorsten Q. aren't hard to access/suggest so they might be considered a good starting point to this extraordinary musician ;-)

nl-x Thorsten's Behind Closed Door series is great. I'm a fan of TD and was lucky to chat with him after a show. The rest of this trio creates a special delight. Thanks.

Nick Bradey Please keep doing these performances. We all need this music now ,more than ever . This is medicine for the soul .
👍👏

Michael Kunkel One hour of really good work from some men with outstanding musicianship. This is just a little trip to somewehere (that's really needed in this Corona times) and it brings smiles to my face! Just fun to listen - how many times? Didn't count ... (and I'm a mathematician)

mark hassett I bought a download for € 20, as I couldn't attend the live session!

The idea to BEHIND CLOSED DOORS was born in the first week of lockdown in Berlin. The world stops turning. Every concert is cancelled, musicians have to interrupt their tours. Berlin concert halls remain empty. Film producers are affected as well. Every production is on hold. Should we wait till everything is back to normal?

Two weeks and fifty phone calls later the first edition of BEHIND CLOSED DOORS is ready. Everybody lends a helping hand, nobody asks for money. A private sponsor pays for electricity and crew in the UFA Fabrik Berlin, whose board spontaneously gives us a go for recording – not on the stage, but in front of it. The place where you usually find the audience standing and cheering.

The musicians are more than happy to be able to play again and also give their best. A small film production team, a director and a cameraman, records the event with five cameras and cuts the show live.

Two times a week – every Monday and Thursday evening – the first twelve sessions are being streamed for free on up to ten channels worldwide. They range from 40 to 65 minutes. Some of them reach up to 25.000 views. Almost everyone who starts a session watches till the end, close to nobody leaves the session early. Hundreds, even thousands of fans connect in the chatroom and celebrate the music in the comment section. The musicians actively participate in the live-chat every time. It might not be the entirely the same but the atmosphere and overall feeling is almost like experiencing real live concerts.

Thorsten Quaeschning (Tangerine Dream, Picture Palace music) and his music define the style of the sessions in the UFA Fabrik and also of the second edition of BEHIND CLOSED DOORS produced in the LIDO in Berlin, Kreuzberg. His real-time-composing / improvisation skills give the guest musicians a great space to show their art and talent. Bringing such different musicians and music genres together creates magical moments in every session.

In the near future we want to expand the project. Musicians who have participated in BEHIND CLOSED DOORS can actively suggest and invite new artists. And those can invite other musicians as well. Thus we can offer more and more opportunities to perform and grow the project, even in times of strict regulations!

None of the initiators know just now, how we might benefit from the success of the project in the future. It is truly one big experiment. The videos of the sessions are available on demand on VIMEO after recording, the audio files on the artists account on BANDCAMP. We already create a little income, that is distributed evenly between all participants, as BEHIND CLOSED DOORS is a community project.

Today we are proud to be able to present the second edition of BEHIND CLOSED DOORS here. This time we recorded the shows with eight cameras at the LIDO in Berlin Kreuzberg. We’ve also grown as a team and became even more professional. The next sessions for the third edition end of 2020 are being prepared at this very moment. Every season will take place in a different concert hall and every time it will be where the audience usually takes their seats: in front of the main stage.